Boyfriend took me and his brother here on Friday night. He always drank here but he never had their food before plus, he loved the enviroment so he was quite excited to take me here. I’ve also never been to downtown Claremont before so I was excited to see how different it is from Long Beach.

I also got to try my fish eye program on my camera!

Long story short… the food was pretty good but I prefer the Counter in Santa Monica & Slaters. I have to admit though, the enviroment was very welcoming. Also, the waitress spilled water on Brandon’s brother….  Read below for more pictures and an indepth review.

We arrived at around 9:12ish and the hostess told us that the wait would be an hour or so. We were all starving by then but what else could we do? We also made sure to request inside seats, outside was just too cold! Brandon ordered a beer along with his brother, but I wasn’t thirsty (I hate beer). 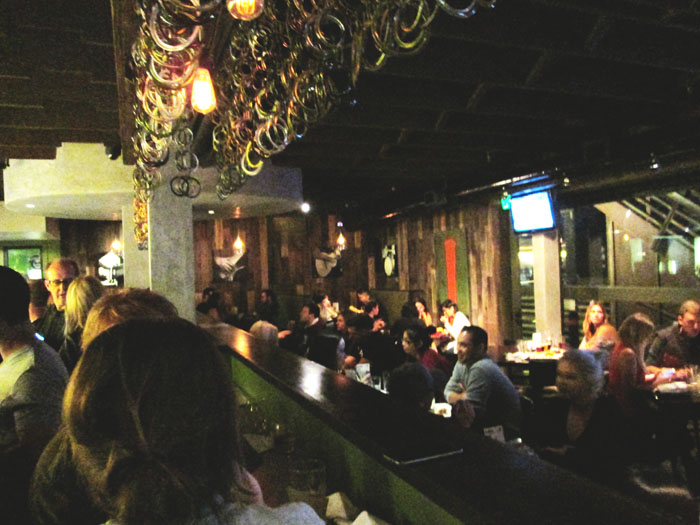 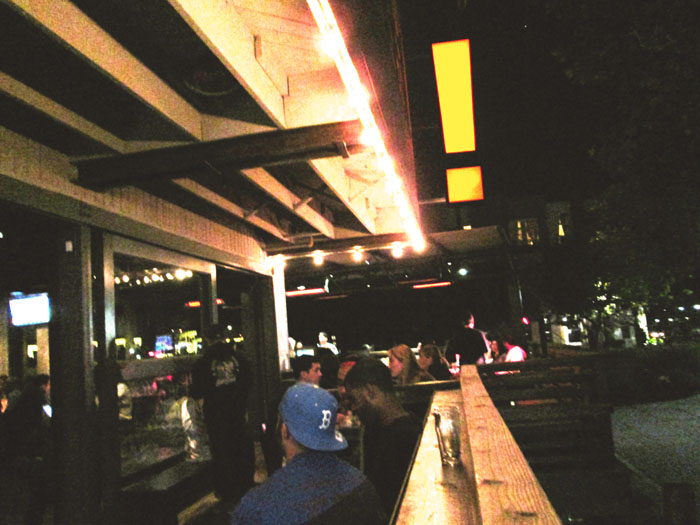 Brandon and I got tired of waiting so we went outside. Brandon couldn’t walk around the area though cause he was holding his beer. 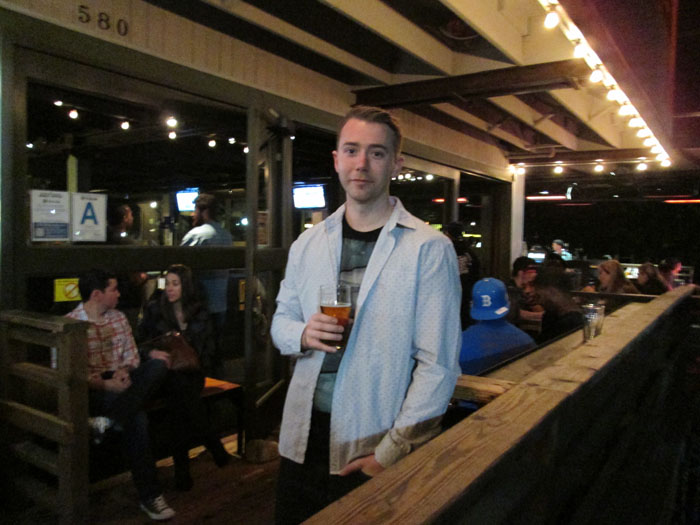 With his new hair cut!

After about 30 minutes, the hostess texted us and said our table was ready! We followed her and it turned out that we were being seated outside. We were too hungry to complain, but I found it weird that she did that…. I was also a hostess at CPK and we would always make sure to remind the customers that if they wanted to seat outside it would be faster. Thankfully, they had heating lamps outside.

We were also waiting for Brandon’s brother to finish watching the game; so Brandon and I ordered Mac & Cheese. The Mac & Cheese was only about 6 dollars and was in alfredo sauce (my favorite) so we were pretty excited to eat it! 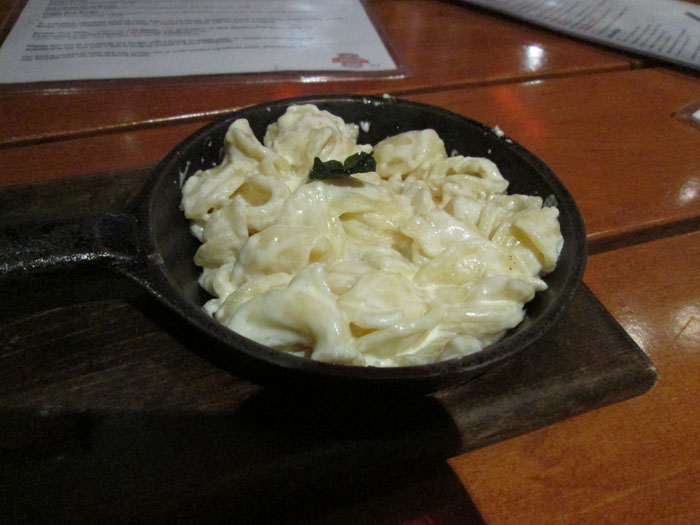 I sort of laughed a bit… I mean, 6 dollars. What was I expecting right? But, we both didn’t think it would be that TINY. It was delicious, I’ll give them that… but for another 3 dollars I could have had a full plate of nachos.

Brandon’s brother finally finished the game, and we ordered our food. Brandon and I both got the Cowboy Burger. 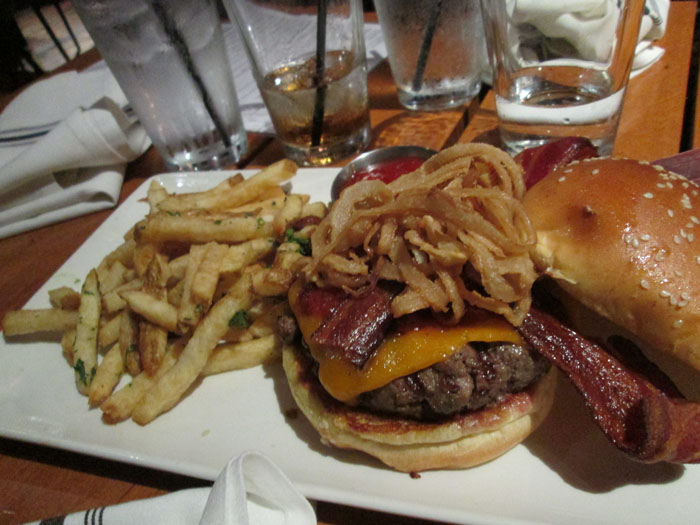 It was a decent size… but Slaters & the Counter is alot bigger. Partly due to the fact that those places are customized and you can basically pile up whatever you’d like.  It was good though, but I was surprised I actually finished it!

Our waitress was fairly nice, except she spilled water on Brandon’s brother on accident. The manager came by and offered his brother a free beer, so he gladly accepted it. Overall, he was very professional and I thank the waitress also for telling her manager – usually some waitresses just seem to avoid the table all together.

His brother ended up getting the strawberry salad, which looked delicious. I wish I got that instead, since after eating the burger… I immediantly regretted it. The bill came out to be about 50 dollars, since Brandon ordered 2 IPA’s, and I got coke.

Overall, Like I said before… if you’re in the mood for huge burgers, go to Slater’s. The wait is just as long and the food is bigger, and better (their vampire dip is amazing).